The mother of all Beijing shopping malls, this is the one most people end up stumbling
across when they visit because it’s located in the heart of Wanfujing just minutes from
Tiananmen Square. Following a fairly conventional buy stylish design over two levels,
the mall houses brands like Burberry, Mango, Apple, Sony, Armani, Givenchy, H2O,
Valentino, Esprit and Sisley, as well as moderately prices Asian clothing brands Izzue,
b+ab and a Sanrio shop for all your Hello Kitty needs. Don’t expect any bargains.Beijing’s ritziest mall is attached to the equally luxurious China World Hotel. The mall,
which is also known as Guomao, is home to elite international brands such as Moschino,
Prada, Cartier, Chloe, Christian Dior, Loewe, Louis Vuitton, Gucci, Fendi, Salvatore
Ferragamo, Chanel and Hermes. For those who don’t own small islands in the Pacific,
there’s a good selection of other, more practical shops too. A Watson’s Chemist,
Valentino Chocolatier, Sephora and fun Dutch home decor shop Potato. all
feature, as do a clutch of mid range men’s and women’s clothing shops like Esprit and
Nine West. Prices are at least as expensive as back home. The Le Cool ice rink in the
basement is also a big draw. Beijing’s tallest building, the third phase of the China World
Trade Center, opened in August 2010 and promises even more designer-labelsBeijing’s funkiest new mall is easy to spot thanks to the digital canopy that sweeps over
its central outdoor plaza – the biggest LED screen in Asia would you believe. However if
you find the butterflies and seascapes that flash up on it all a bit too much (Watch the
dolphin sky screen show , head straight indoors to the tri-level mall which
houses a great selection of mid-range shops like Zara, Aldo, MAC, Adidas, Puma and
the English-language Chaterhouse bookshop. 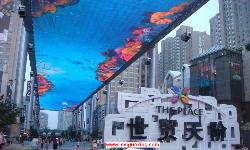 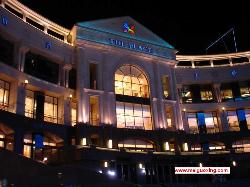 This glossy mall-style development caters for aspirational Beijingers with a department
store full of imported luxury goods, a basement Continental deli, and a BMW showroom.
Nearly all the staffs in this shopping centre can speak at least one foreign language.
More down to earth, just west on the south bank of the river is the LiangMa Flower
Market, which is a riot of color and fragrances. 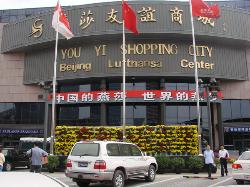 Sogo is probably Beijing’s most pleasant mall experience. The mix of hip Japanese
(Sogo is a Japanese company) and European boutiques, the convenient layout and an
excellent and cheap food court on the 6th floor make a trip around here far more fun
than you expect from a shopping centre. Add in the espresso bars on each floor,
supermarket with pharmacy in the basement, and the games arcade on the 6th floor,
and you’re in mall heaven 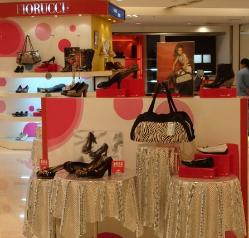 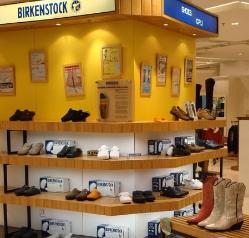