A pair of giant pandas, Da Mao, the four-year-old male and Er Shun five-year-old female, on loan from China
made their debut at the Toronto Zoo on May 16, 2013. The pair of bears are on a 10-year breeding loan to Canada, the first five
of which will be spent in Toronto Zoo and the remainder in Calgary Zoo.The Toronto and Calgary zoos played host to pandas in 1985 and 1988, respectively, while another couple took up a brief
residence at the Winnipeg Zoo in 1989. 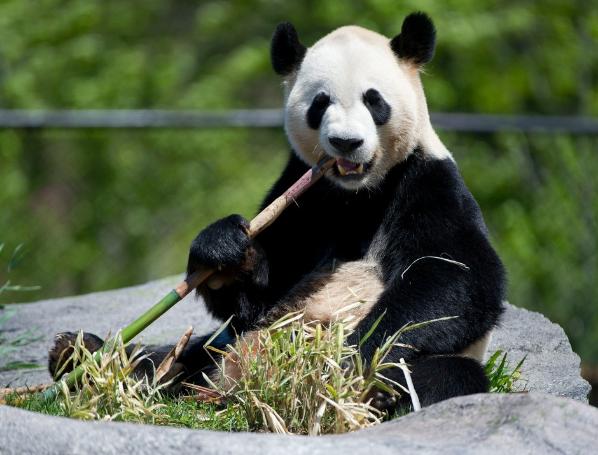 Two New Giant Pandas Er
Shun and Da Mao brought to
Canada from China Will be on
Public Display at Toronto Zoo
from May 18,2013Er Shun and Da Mao will be in
the Eurasia section. This is
the first time since summer
1985 that giant pandas have
been at the zoo.Er Shun was born at the
Chongqing Zoo in August
2007, while Da Mao was born
in September 2008 at the
Chengdu Research Base of
Panda Breeding.They were chosen because
they are believed to be a
good genetic match